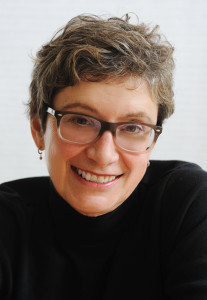 “Living a full, conscious life, like painting, requires paying attention to and learning from the world around you and your experience in it.

In the physical act of painting my immediate world, I discover clues and unfold truths about my life and the lives around me.”

Nationally awarded artist, Gail Vogels, exhibits her new multi-media work titled Oh Life! beginning January 2014 at the Touchstone Gallery. Vogels uses an assemblage of her life drawings, hand-altered papers and found objects to reveal the beauty of the everyday. The magic realism narrative is intentional. Objects of nature and architecture are juxtaposed with the figure in an attempt to show us the everyday world in new and unfamiliar ways. The work tells a story of the beautiful and the temporary and seeks to remind people that there are still many mysteries in this life

Gail Vogels work was recently selected to be exhibited at the U.S. Embassy in Kuwait as part of the Art in Embassies (AIE) program run by the U.S. Department of State. Now with more than 200 venues, AIE curates temporary and permanent exhibitions for the representational spaces of all U.S. chanceries, consulates, and embassy residences worldwide.

Vogels’ most recent solo show, paintings of  urban DC Metro landscapes, was held at the Yellow Barn Gallery in Glen Echo, MD in 2014. Titled Finding our Way, the exhibition was hosted by the National Park Service and the Parks and History Association. In December 2013, her work was awarded the Carolyn Zakaski memorial award for Best in Show at the Alexandria Art League Gallery, housed in the Torpedo Factory Art Studios in Alexandria, VA.

Vogels is currently represented by Touchstone Gallery in Washington, DC. She has held seven solo shows and participated in eighteen juried shows. Among her other awards, Vogels was chosen as one of 20 national emerging painters for the New American Paintings 2002 MFA Annual competition juried by chief curator of the Solomon R. Guggenheim Museum, Lisa Dennison. She currently is a part-time faculty member at Prince Georges Community College. She has taught studio courses at Georgia Perimeter College, the Art Institute of Atlanta and Georgia State University. She has also worked as a gallery educator at the National Portrait Gallery, Washington DC.

In 2003, she received her MFA from the Georgia State University Ernest B. Welch School of Art and Design. In addition to her time at GSU, Vogels studied and showed her work at the Australian National University School of Art in Canberra, Australia.

Vogels currently resides in Takoma Park, MD with her husband.