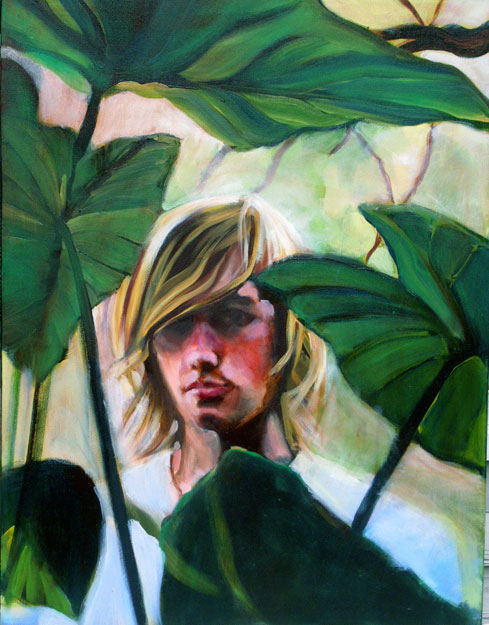 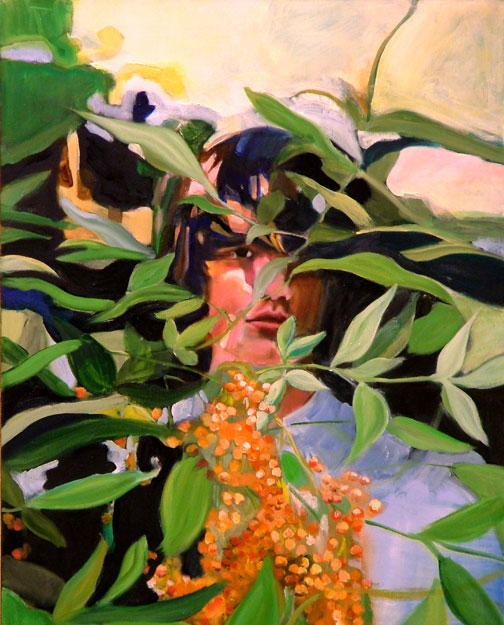 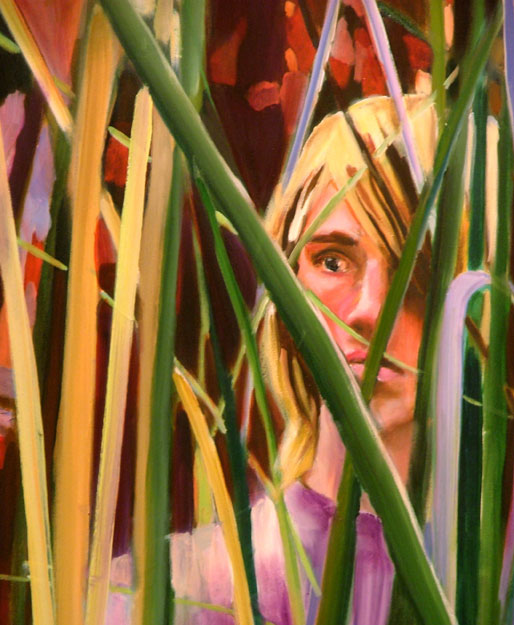 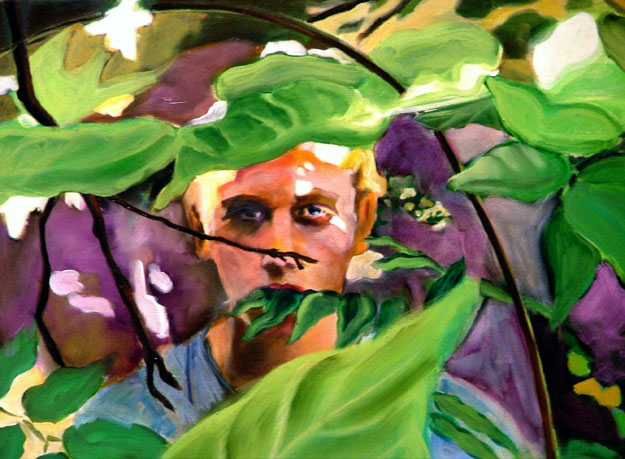 I have observed this particular group of boys in my Decatur, Georgia, neighborhood for eleven years. They and my son have been friends since the first grade and are now sixteen and seventeen. Traveling as a pack, they sometimes behave as animals do, picking on each other and establishing pecking orders. With maturity they have developed a fierce loyalty to each other and perhaps lifelong friendships. Among themselves they open up but when they are among adults they are often guarded or hidden from view.

My intent with these portraits was to capture the subjects in-between being old boys and young men. I purposely set them among lush greenery because like the greenery that surrounds them they are wild, sometimes out of control, just ripe and beautiful. They are as green as the growth around them. On one level these paintings simply describe the subjects and the physical world around them. On another level, as these young men teeter on the cusp of adulthood, Green implies all the wonder and wildness of a Garden of Eden where possibilities and danger wait.